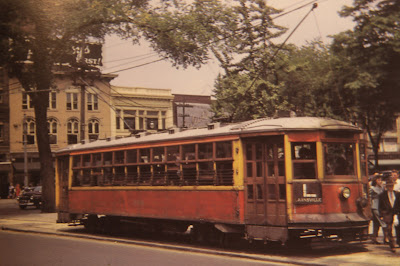 I know most of you won't have a particular interest in this project, either because it's so interest specific as to the prototype or because you're (damn you) too young to have a memory of these trolley's when they were running, I only have the barest memory of them myself. 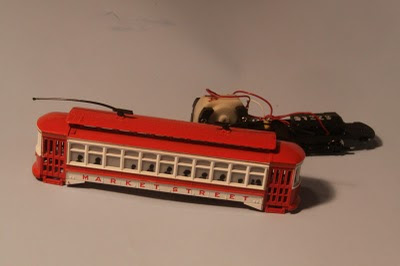 It took a few days longer than the two weeks I anticipated to finish the model and while I made a few consession to 100% total accuracy (doors too narrow, one window too many per side, are you a rivet counter?) I'm quite satisfied with the outcome. 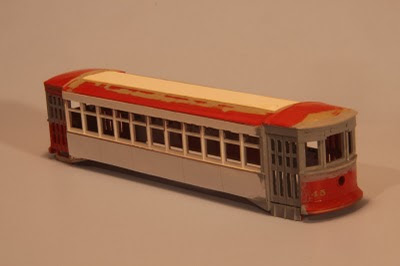 I sent a couple shots of the early beginnings of the project, photos of sister cars on the Wilkes-Barre to Larksville route and shots of the finished model on my layout. I've since found B&W's of 752 on the Larksville route by the Loree colliery and on the Grove & Brown, my old growing up neighborhood in Wilkes-Barre. I hope this latest strikes a chord with some of you. 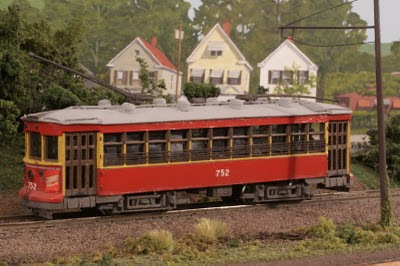 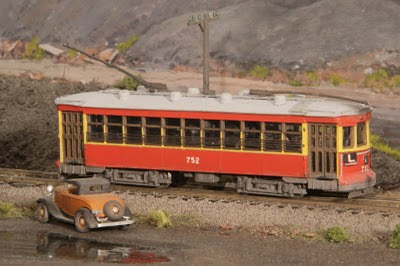 Comments and sharing with others is, as always, welcomed.
Wayne
Posted by Rob D at 3:55 AM