Everyone Wants In On The Action 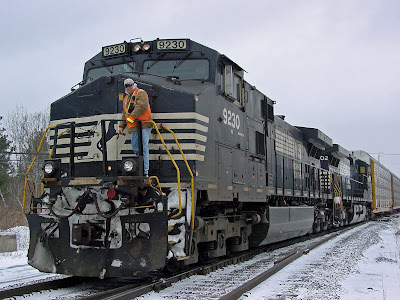 It's a cold and blistery 2010 President's Day in Delanson, NY. I'm the conductor on D&H train 939 picking up eight empty autoracks from the SNY interchange before heading south to Binghamton. Bill Mischler took the photo of me finishing my work.

Rob Dennis
Posted by Rob D at 9:52 AM No comments:

Here are a few pictures of my model of Cohoes Mohawk Paper Mill being switched. Picking up empties,spotting a clay car and finally spotting boxcars all in N scale!

Bob Platel
Posted by Rob D at 9:39 AM No comments: 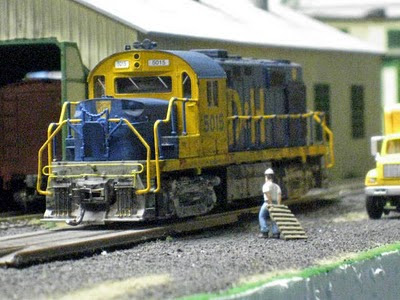 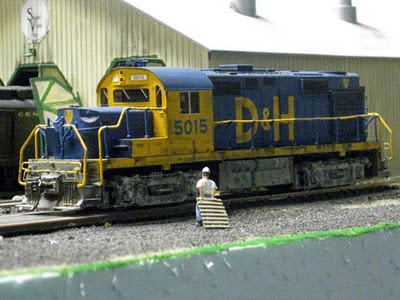 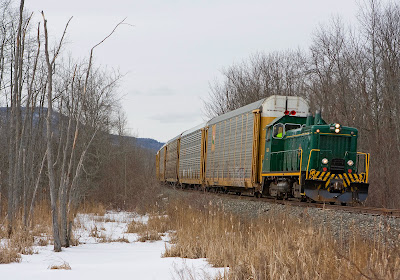 Only Miles away from its final destination for the day. SMS Line's NE-1 is seen passing through the Black Creek Marsh Wildlife Management area with another load of Ford products. The distant hills seen above the dead trees in the foreground are the famous Helderbergs home to the Hilltowns of Albany County and John Boyd Thatcher State Park, known for its spectacular views of the Capital Region, Vermont and Massachusetts.


Dean J. Splittgerber
Posted by Rob D at 9:26 AM No comments: 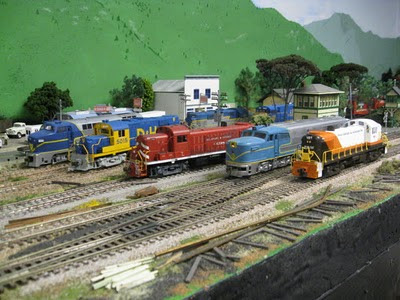 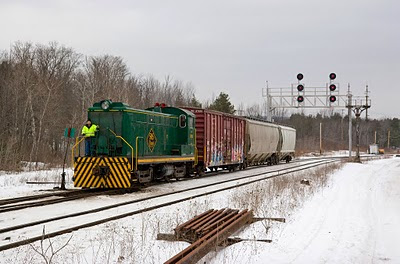 On Sunday January 17th 2010 I turned thirty four,  when I was born in 1976 you could find two Baldwin Sharks running on this line. Everybody figured when the "Sharks"  left for Michigan in 1978 that you would never see another Baldwin running on the D&H ever again. Guess what SMS made it happen once more...Maybe not a pair of Sharks but beggars can't be choosers!
Dean J. Splittgerber 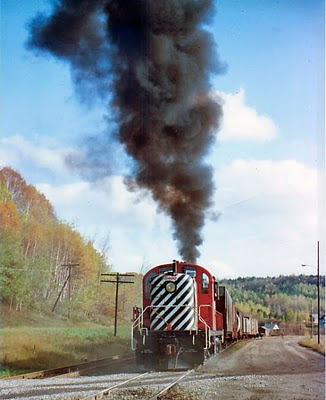 Please enjoy the attached photo. Another interesting gem from Arnold Mooneys collection! The majority of us can identify with Arnold attempting to capture two shots here as the power comes by.........and getting one! In my case, even with the (advantage?) of motor drives with film cameras, I would be disappointed many times to get film back and notice my first photo was just a tad early, and the next photo would be just a tad late, ha,ha,ha! What a view here though from Arnold! For those who bemoan the current CSX paint scheme as unattractive, look at what the C&O did to those gorgeous GP-30s!
Enjoy with thanks to Arnold Mooney!
Gary Knapp 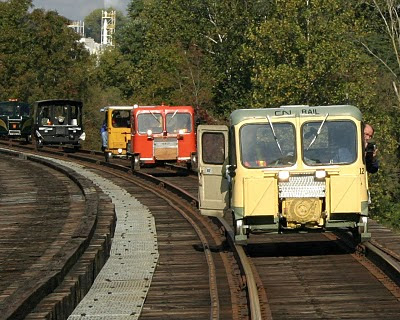 Taken on Lehigh Valley trip in PA & NY in the summer of 2009. The skin head with the video camera is me.
Best regrads,
Bill "Mad Dog" Kozel 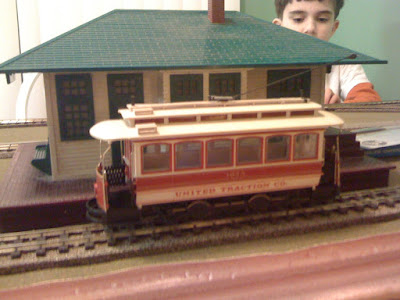 and lastly from Gino DiCarlo, United Traction.
Posted by Rob D at 4:05 PM No comments: