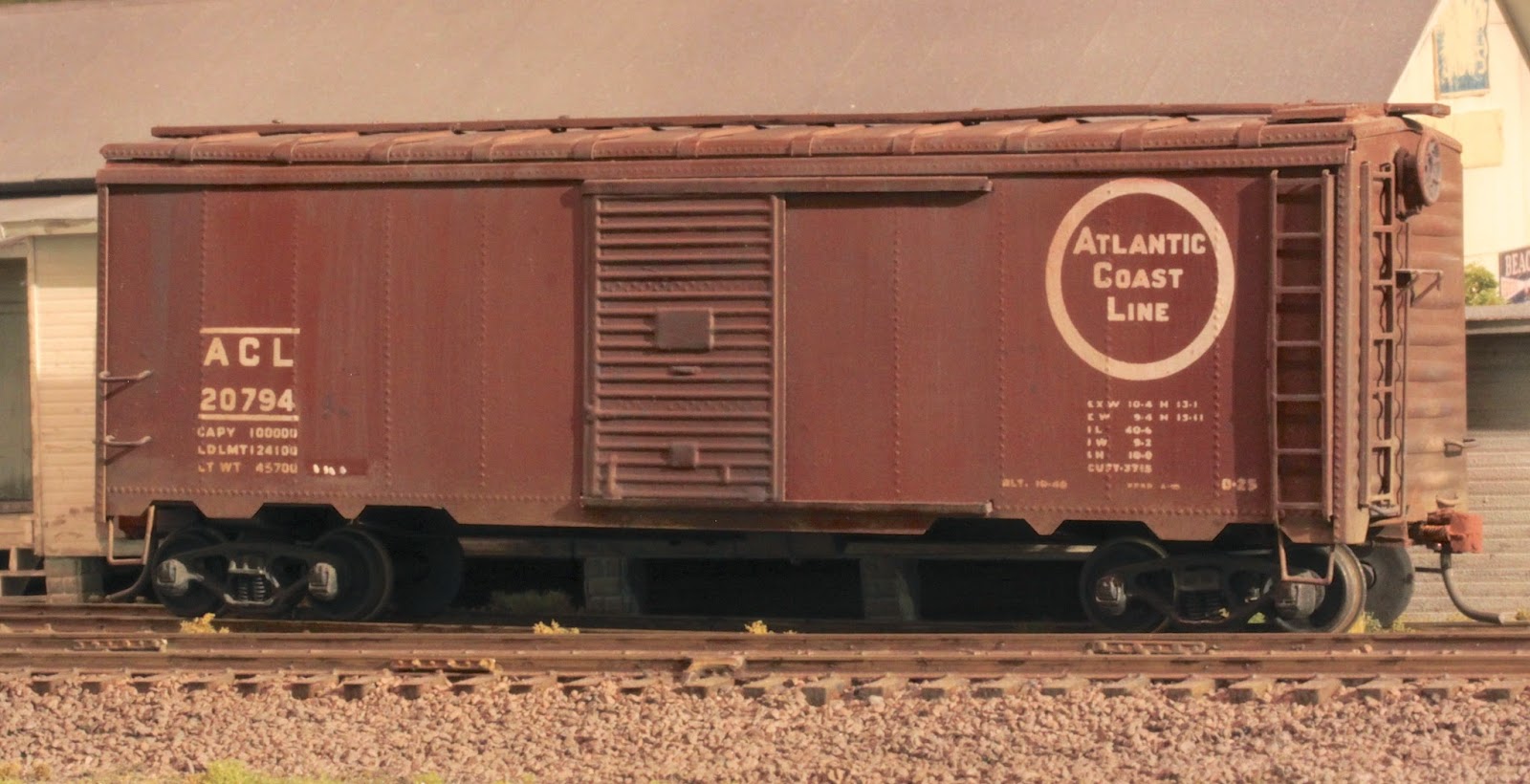 It's no secret I first got interested in HO modeling through the pages of MR in the late 50's. Back then the only decent kits were Globe/Athearn, Varney, Silver Streak, Model Die Casting, etc. (I'm talking metal and wood, not plastic.) My heroes were Paul Larson, Jack Work, Manville Wakefield and yes, even John Allen. Over the years I've saved all my old models (and MR's) from that time and even added to the roster occasionally. I got the Jack Work built CP box car a few years ago.) 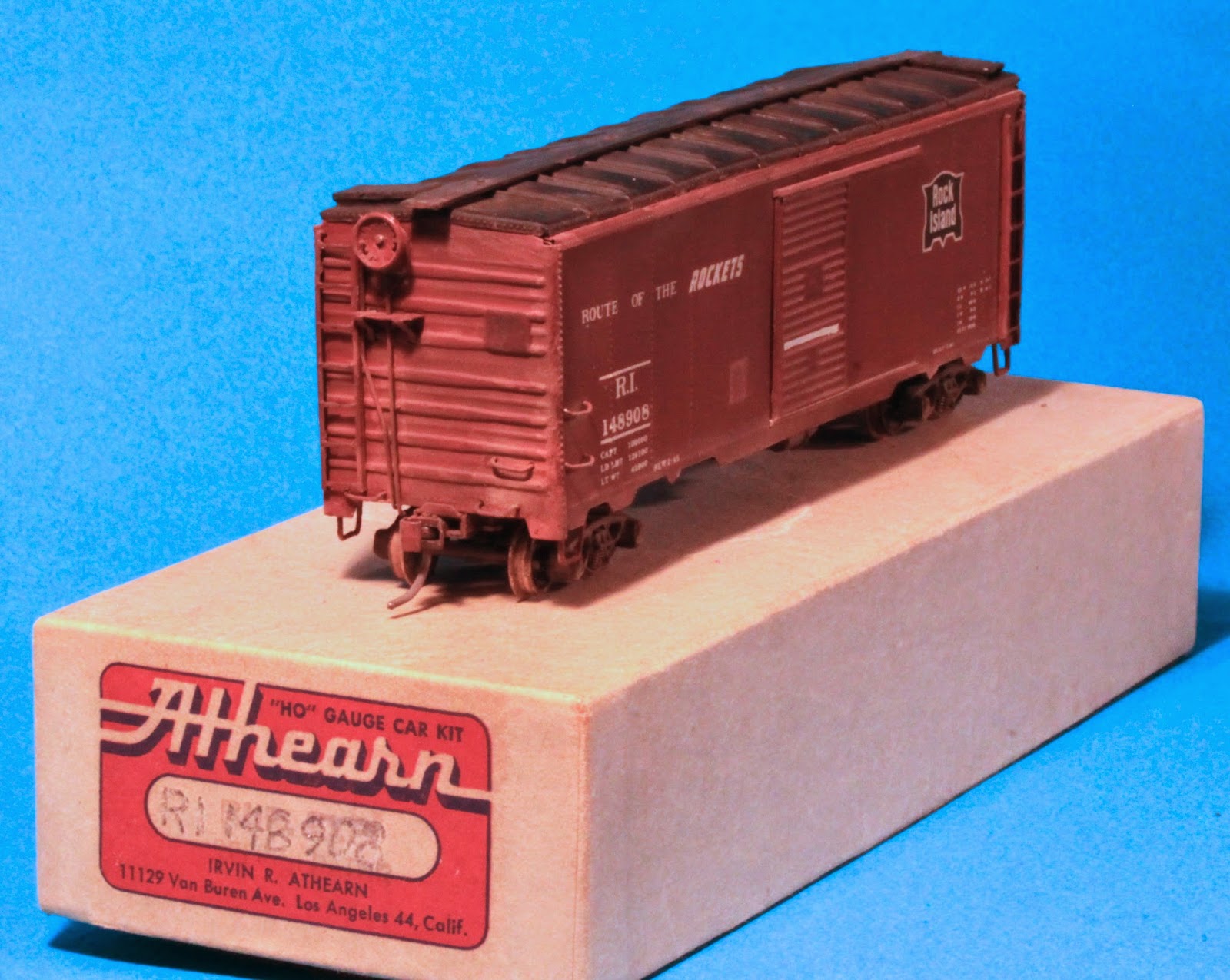 I've always been fortunate to have storage space for my accumulation of "stuff". Over the years the models have received upgrades like Kadee couplers, replacement wheels and/or trucks and better weathering. They do see run time on the layout. All are very cooperative runners except the Varney (Vulcan) Dockside. I think it was designed to only run on code 100 track. It DOES NOT like the addition of the joint bars! The growl of an open frame Pittman on the Hobbytown RS3! Wow! Who needs to spend the fortune it takes to go with contemporary sound systems? Kidding, of course! But, the cloth insulated wiring I could do without. But hey, it's still good! 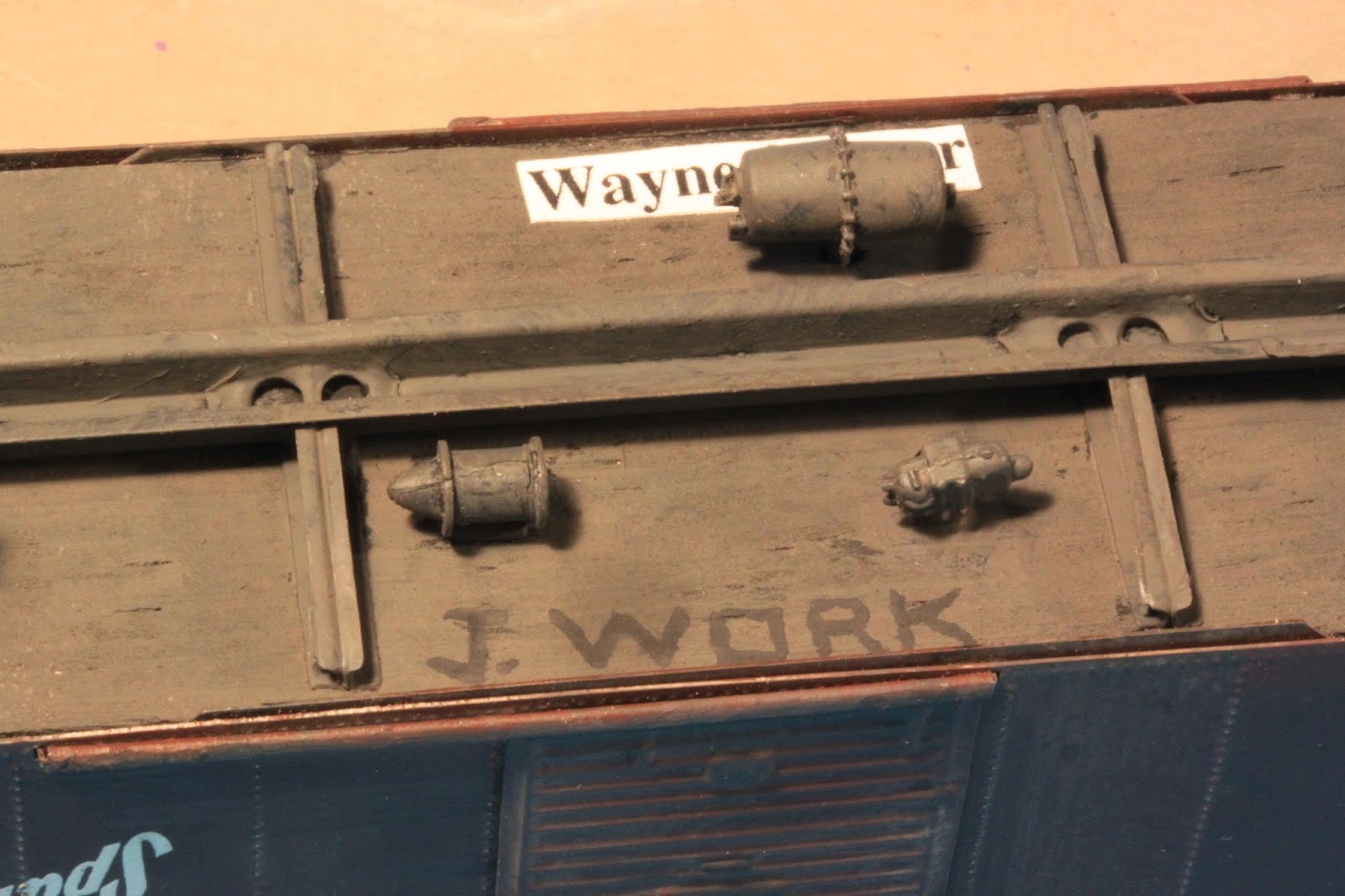 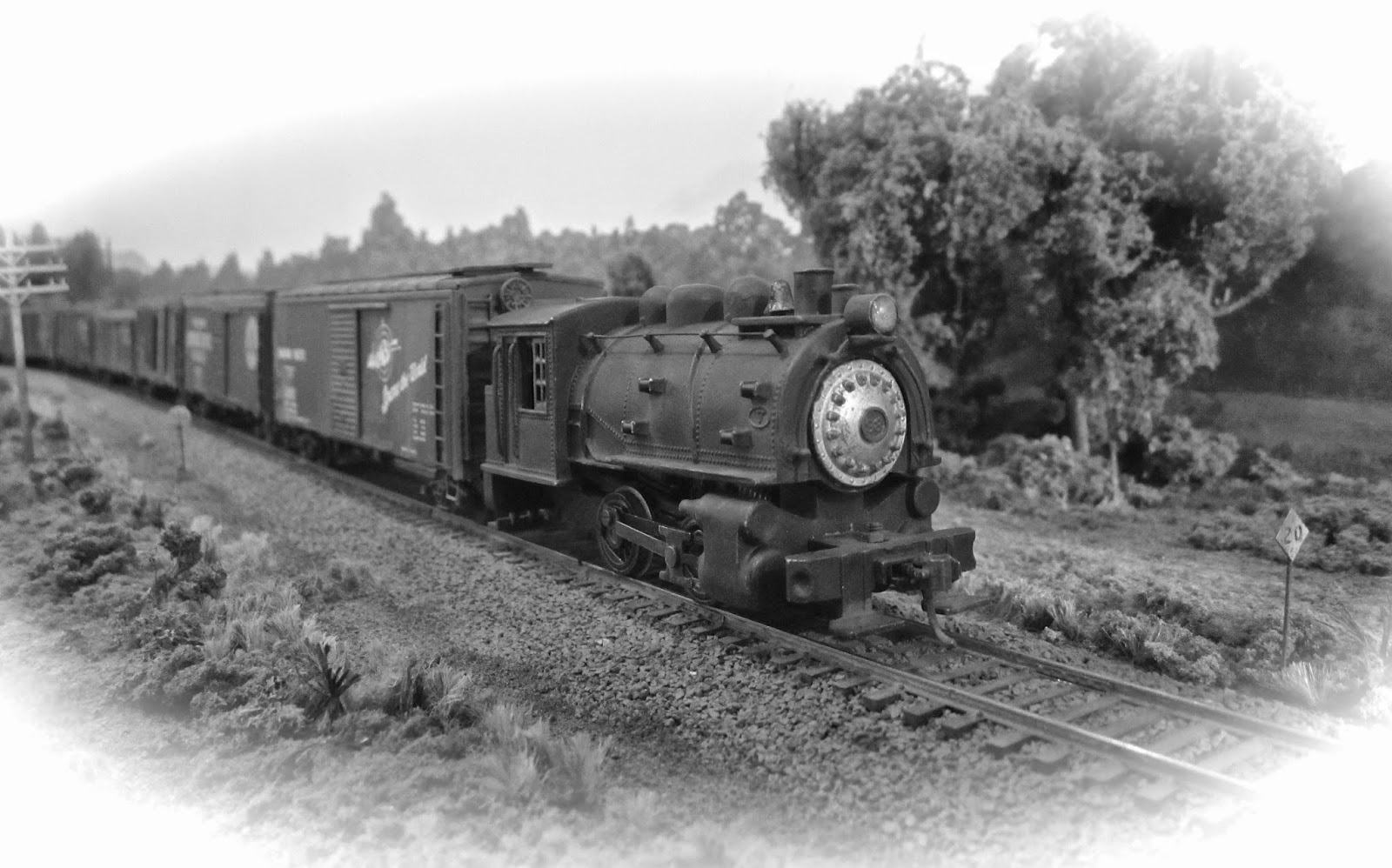 So, enjoy the state of design in HO model railroad equipment from the 40's. (Built in the late 50's and early 60's) Maybe MR would even have run this picture of my Dockside so I could join my "heroes"on their pages! 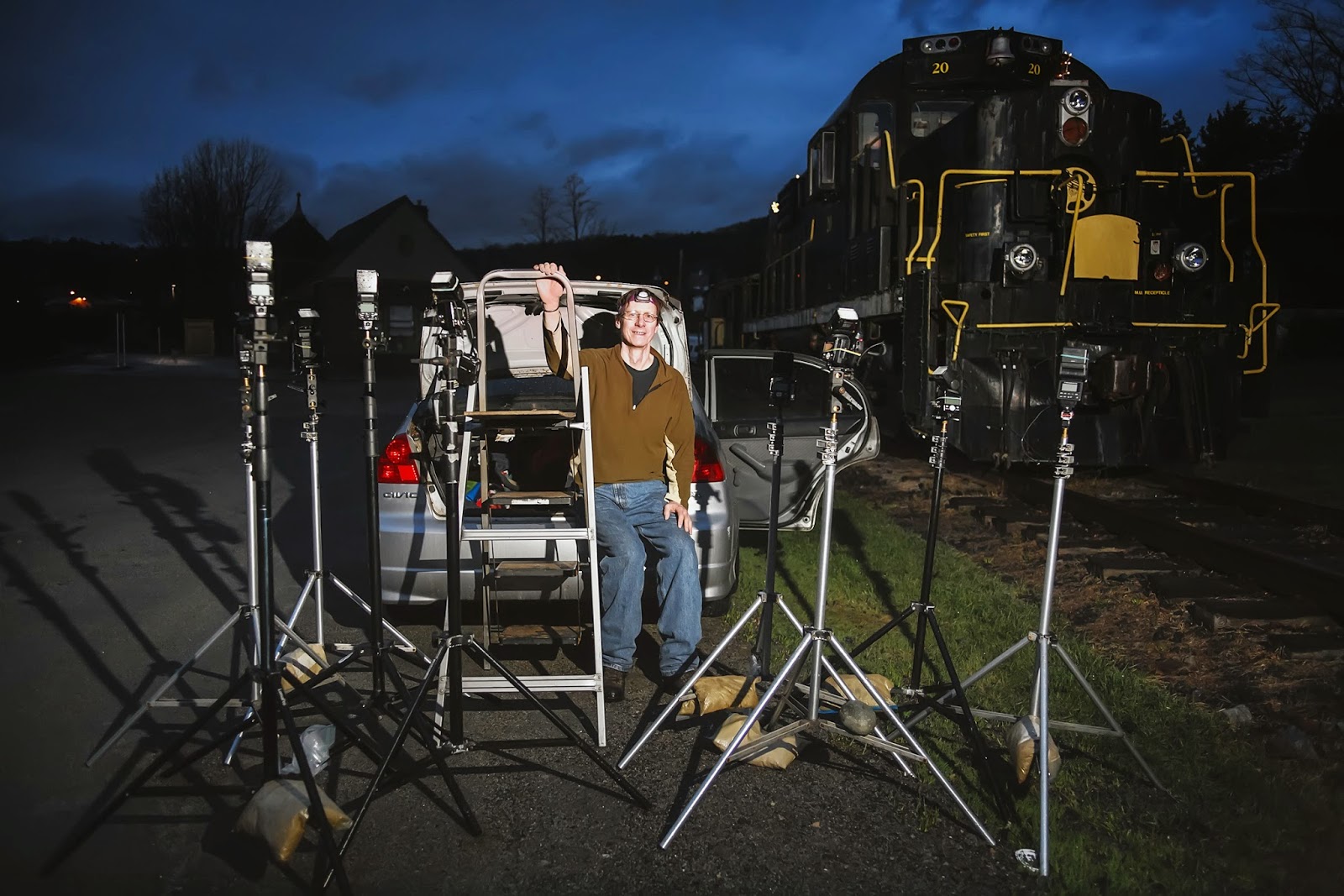 Several list members have asked for a photo of the lighting I use at night. Hopefully this shot I took as the dreaded dawn effect was blooming at Port Henry this morning is what they had in mind. These are the flash units, light stands and Pocket Wizards I use minus a Canon 550ex I used to light the scene with and a Sigma flash that is not working correctly at present. Also present is the stepladder I have used for at least a decade, sand bags for protection from being blown over and zip lock bags for protection from the rain. Off to the right of the Civic in the photo is the display RS-18 LC&M 20, the former CP 1800 repainted to commemorate the hometown iron ore road Lake Champlain & Moria which interchanged with the D&H here in Port Henry.

One might correctly inquire..................why now Gary? Why are you shooting this now for us? Well, the Editor of Canadian Rail Magazine, Peter Murphy has offered to publish a gallery of twenty of my favorite photos, day or night, in an upcoming issue! Isn’t that GREAT! Peter asked for a photo of myself with the equipment I use to run with the gallery and of course, I had never taken one! So I thought, sure! I’ll just snap a photo of the lighting before I put them all away after shooting a scene some night. Well, it has become apparent, that is easier said than done, as I always remembered doing this photo of the lighting after starting to place everything in the trunk. My “routine” has become too deeply embedded in my mind! LOL! So this morning I took the two flash units I had already put in the backpacks back out again, gathered the rest of the lighting around, dragged the step ladder out and did it! It’ a sort of grab shot, as this is where I always park here when shooting a northbound from up on top of the RS-18 cab roof. I have permission to climb around #20 and shoot from anywhere I like. It becomes apparent why the engine steps are boarded off now, with the missing headlight among other parts taken!
I will let you know what issue Peter plans to run my gallery in well in advance. If interested in a copy of the magazine, Canadian Rail is here: http://www.exporail.org/en/crha/publications/canadian-rail/ Looking through a few issues I can see the high publishing quality! So here you go, for those who wonder what I use for lighting trains in motion at night.