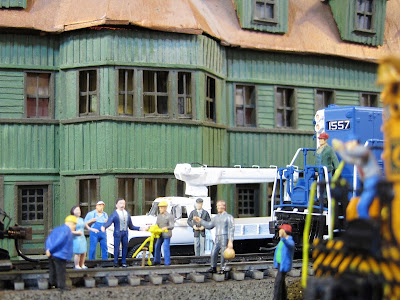 Well I finally finished the main line on my layout and decided that the troops could celebrate. 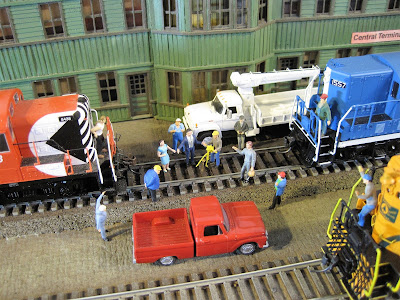 In front of the large scratch built station that Gene Kind built in the 70's. My fill in for St. Johnsbury. 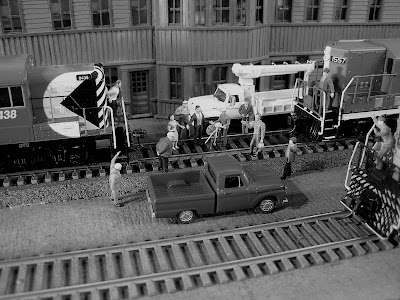 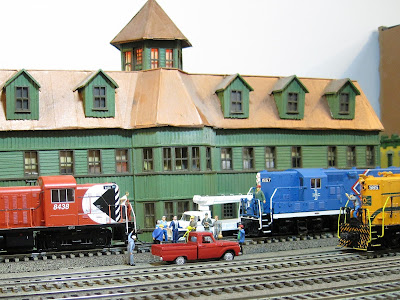 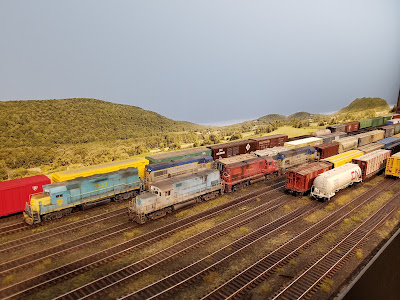 Staging yard getting ready for the op session. 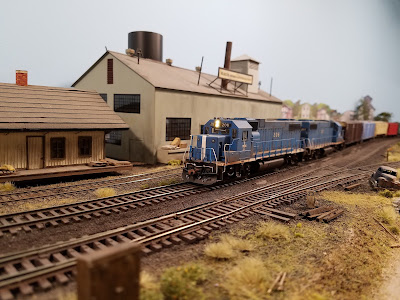 Southbound with B&M power at Central Bridge waiting on a recrew. 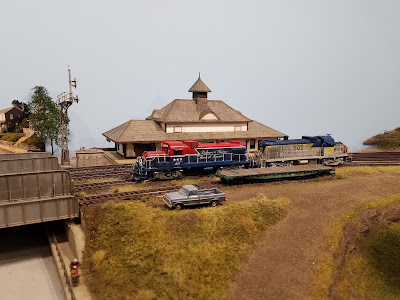 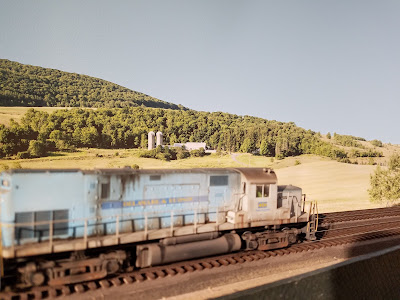 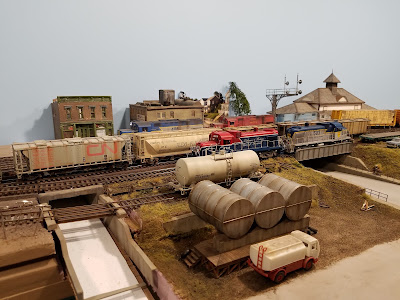 Action in Cobleskill...southbound passing the helpers on the team track and the local on the #2 main. 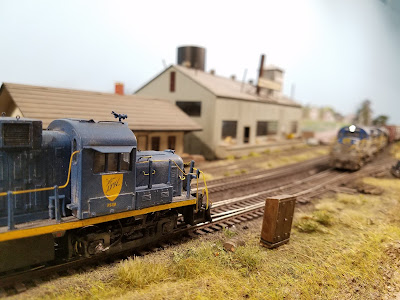 Cherry Valley job meets the Central Bridge local out of Mechanicville...they both have plenty of work to do in town! 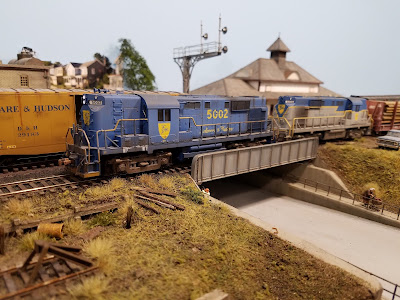 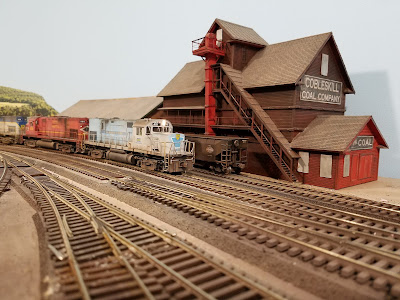 D&H 401 and 2 other C420s passing Cobleskill Coal headed to Mechanicville.


Thanks for the pictures Brad Peterson and the Great layout Ken Karlewicz
Posted by Rob D at 8:00 AM 1 comment:

A Little Georgia In Ft Edward 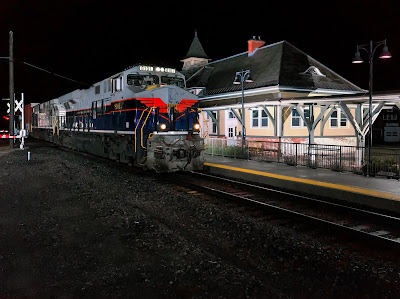 Early this past morning one of the most unlikely locomotives we will see on todays Canadian Pacific ex-D&H Canadian Main came sailing through Fort Edward, NY northbound, leading CP 931, the NS/CN run through job operated over CP under a haulage agreement. Norfolk Southerns Central Of Georgia Railway Heritage engine, NS 8101! This was its first visit to the D&H and my first live view (glimpse) of the uniquely painted engine at track speed lit up for a split second. The two hour drive down through fog patches and heavy rain was worth it! As happens many times once I reached my destination at Fort Edward, the rain let up and actually stopped for periods of time as I waited for 931. My decision to go to south to Fort Edward rather than staying up north was a good one, as 931 came past me at the restored station here at 04:52! If I had been waiting up around Port Henry 931 would have showed up after dawn.

When I pulled in to the parking area here at Fort Edward, I started changing into rain gear and hiking boots when I heard an air horn south of me! Not knowing if or when 931 was departing from nearby Saratoga, NY I concluded the worst was about to happen, stopped changing and moved across the track, ready to drive back north. After a few minutes of silence it became evident the air horn I heard belonged to a southbound my scanner did not pick up! Whew! Probably the Whitehall to Saratoga local D44 I concluded. We are still on! I finished changing and set up the lighting. I waited for an hour and a half once I was set up before I heard a train blowing for the crossing to the south at Gansevoort, NY here we go! But as it approached the air horn sounded suspiciously like a CP air horn, NOT the more melodic NS horn! After a few minutes D44 came slowly past the station providing me with a test shot of the jobs pair of GP20-C Ecco units! Nice, but not what I came down for. The resulting photo told me my changing the nose lighting this time was a good idea, as I pointed the flash heads slightly away from the nose rather than head on.
Some forty five minutes after D44 was by me I could hear a new air horn, this time it sounded like NS, coming from the south! Train time! After several minutes 931 came across the two bridges over the Hudson River at Rogers Island south of me and into town! Rounding the curve below the station then up past me at perhaps thirty mph, the lighting was so subtle when I pressed the shutter release I did not notice it reflecting back with 8101s headlights before me! Jeez! Did it go off?! The short consist, not more than twenty cars it seemed was by me quickly, but the image on the back of the GR told the story..........SUCCESS! What a beautiful paint scheme! And that nose. Wow! I was glad I was wary of throwing too much light on the nose, (the entire locomotive for that matter) with its light gray top level. Special thanks to Richard Wingler and Gordy Smith! Shot in Fort Edward, NY at 04:52 on April 7, 2017. Please enjoy! Comments are welcomed.
All The Best In 2017;
Gary Knapp
Posted by Rob D at 7:43 AM No comments: