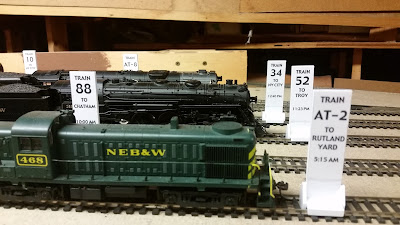 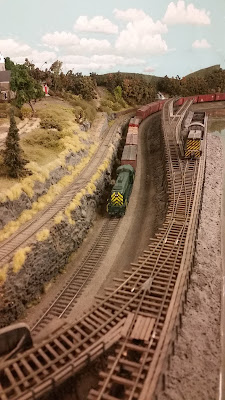 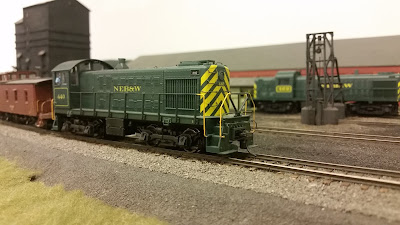 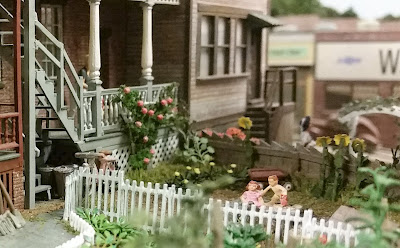 Summertime backyard in Troy, NY
Posted by Rob D at 10:33 AM No comments: 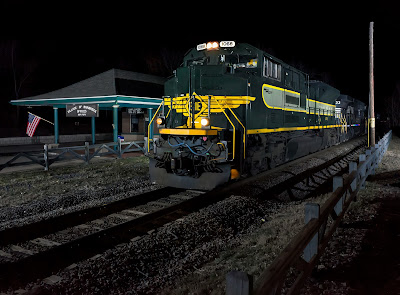 Another member of the Norfolk Southern Heritage Locomotive group visited Pan Am Southern (PAS) recently! The ERIE Railroad Heritage engine, NS 1086, led 22K east over to Ayer, MA. Monday, returning Tuesday on the point of 23K, departing early in the afternoon around 13:30ish. I planned to shoot it at Elm St. in Hoosick Falls, but the train made a fast run over and we both arrived at Elm St. crossing at the same time around 20:30ish! Seven hours running time Ayer to Hoosick Falls is very good! We will note this would happen only when a Heritage engine leads! (Big smile) Not really the desired effect. Undeterred, I recalled the old adage, about how when you miss a photo not to dwell on it, it just means there is a better shot waiting further down the road. Admittedly, I may have followed this thinking to an extreme tonight! Lol!

I shot 23K with the 1086 at three locations later into the overnight, ending up in Afton, NY of all places! Over five hours drive away from home in Hinesburg. It was around 2 a.m. and I was not liking the locations I had come down here to shoot 23k within. What to do? I opted to head back north toward the train I wanted to shoot to look around Bainbridge, the next town north of Afton. In railfan circles this is not considered to be the best idea in this situation, as you are “inviting” the train you want to shoot to suddenly appear as you drive back towards it. Bainbridge is less than ten miles away, so I take rte. 7 leaving Afton and do not make the time consuming drive going back out to the Interstate. This move likely saved me from missing the attached photo!
I had visited Bainbridge years ago, remembered the D&H station and more importantly, how to find it at night! Pulling into the parking lot across from the station I was reminded of the lyrics to the hit song.......”Just One Look”, made popular by Doris Troy and more recently Linda Ronstadt.................”Just one look, that’s all it took yeah, just one look”. Here were the ingredients for a night photo, location shown by the town offices sign on the ex-D&H station, the American flag flying and the main line up close, ensuring no mistake on the viewers part what the subject is. Very similar to Elm St. crossing in Hoosick Falls! The only restriction I had to work around was a sign to my immediate left limiting the angle I had available to include the station canopy with.
So I go about setting up the lighting, have maybe five flash units in place when I hear an air horn off to the north of town! Jeesome Crow! They are here I thought to myself. I drag the stepladder out of the rear of the Civic, making a considerable racket with unused light stands tossed around in the process. Spot the stepladder next to the sign with the tiny Ricoh GR already around my neck. A couple test shots look promising! I walk over and move my mark up closer, then return to the car to grab another already assembled flash unit/light stand and place it third or fourth down the line of flashes in the parking lot to the right. Now 23K is obviously close by, in town, whistling for grade crossings. The air horn blasts are close together, indicating they might be moving faster than when I shot them earlier and they were going by slowly. Another test shot atop the stepladder with the adjusted lighting looks surprisingly good!
I can hear the diesels, but can not see headlights looking up the track maybe 1/8 mi. to a curve............. then the crossing signals activate directly behind me! An “eyebrow raiser” for sure! I know what this implies, and think to myself..........OH,OH! LOL! Headlight glow appears as another grade crossing is whistled for, lighting up the curve and I fire off the lighting to alert the crew. Around the curve comes 23K in the form of  1086s headlights! Handholding the Ricoh GR, I’m watching the level indicator on the rear and glancing at the approaching 1086 with my mark seen above the camera across the tracks and again think.......OH,OH, as 1086 quickly descends into the scene, its engineer whistling for the crossing behind me! I know enough to press the shutter release when 1086s pilot plow is “around” my mark, at this speed, close is good enough! Then the power is by me, containers rolling by. Up atop the stepladder is a smiling Gary looking at this image! Shot in Bainbridge, NY on April 13, 2016 at 03:00. Please enjoy! Comments are welcomed.
All The Best In 2016;
Gary Knapp
Posted by Rob D at 10:25 AM No comments: